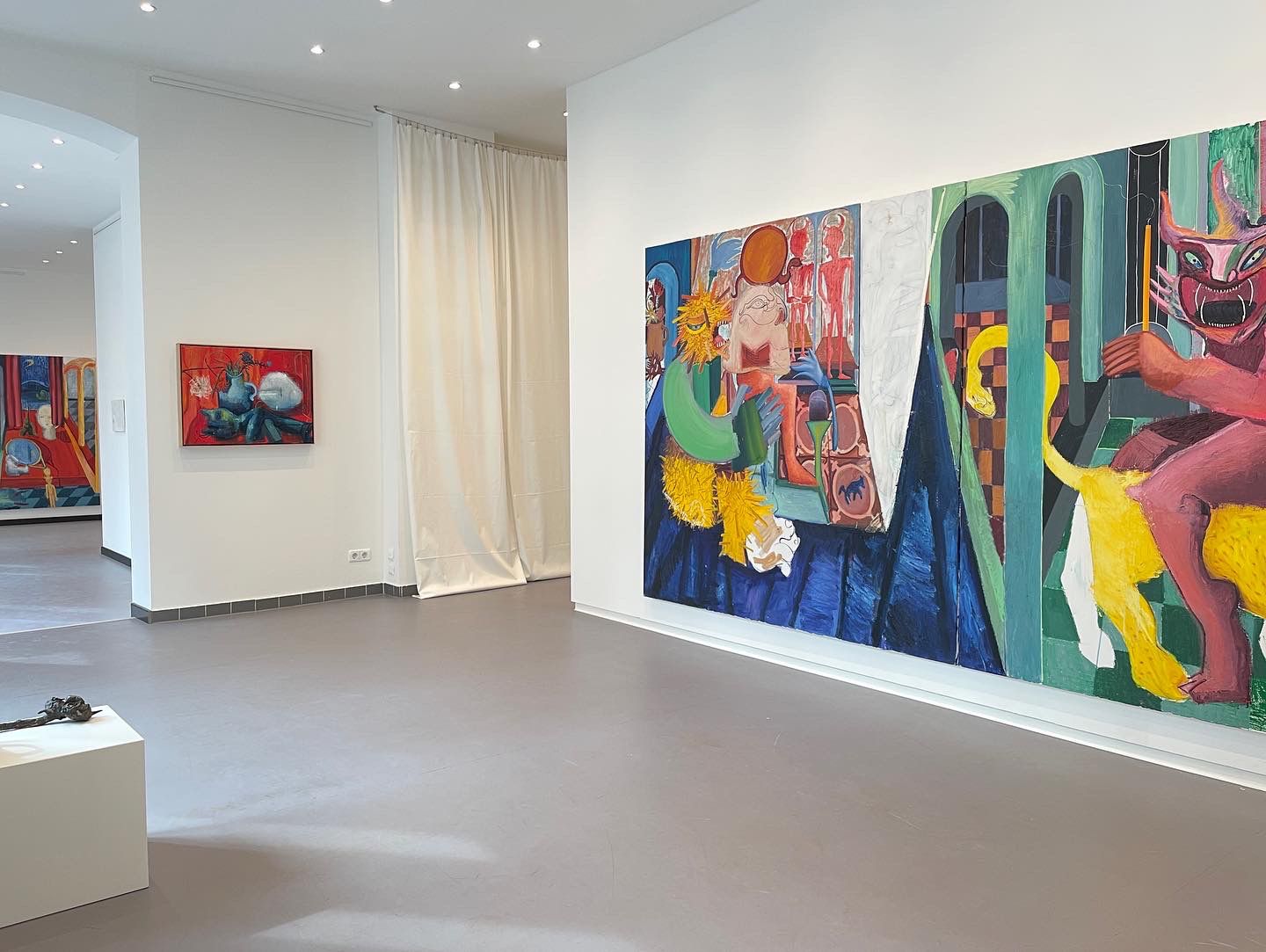 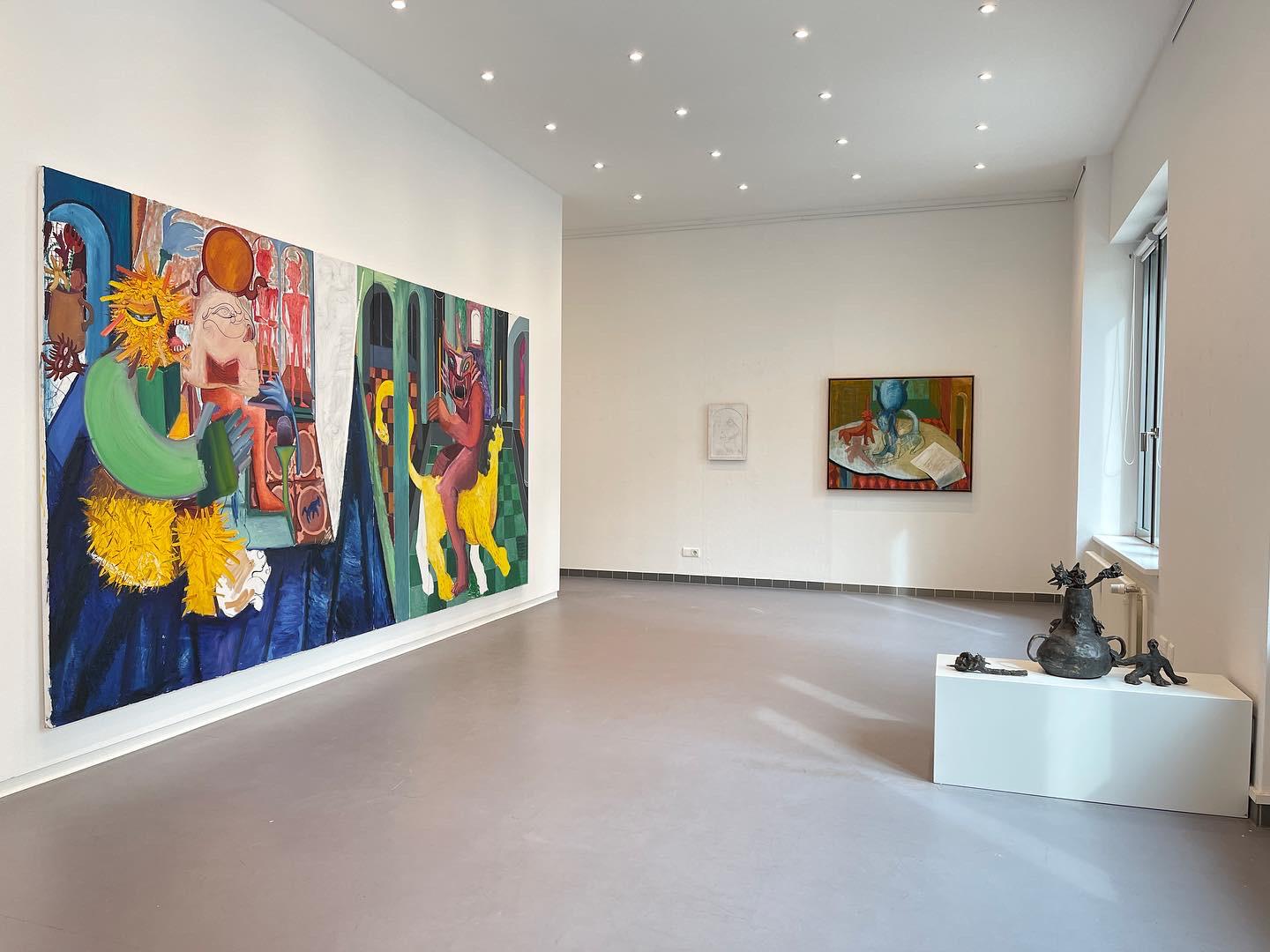 Tincuta Marin – Chapter III: When we enter the lair of Bigfoot, Gagafu and Dracovenie. Let’s hope we get out alive…

Opening on the 14th of September at 6PM at the Romanian Cultural Institute in Berlin.

Marin’s dreamlike narratives are reminiscent of artists such as Philip Guston. Like Guston, her protagonists are often depicted in profile with only one eye on show. Guston made a Cyclops series, which in common with Marin’s ‘Bigfoot’ character, point to the interior world of the mind’s eye.

Marin’s paintings are deliciously tactile. They possess a sensual quality, inviting a haptic response. Twinned with a fluid comic-book style and demotic shapes, her practice recalls artists such as Elizabeth Murray. Like Murray, Marin realises the power of the unconscious mind to take the artist on unexpected journeys. She also credits de Chirico with enabling her to convey a strange stillness in her architectural spaces.

While there is a tangible reality to Marin’s forms, she borrows from magical realism. The artist describes her studio as ‘a magical space’. She charts ‘Bigfoot’s’ travels through history, most recently Ancient Egypt, and her evocative titles are borrowed from essays by Marcel Briton and the poems of Iordan Chimet.

*The exhibition title uses a quoate from Iordan Chimet`s book , Close Your Eyes and You Will See the City.

The exhibition will be open until the 3rd of October 2022.