The Power Of The Line 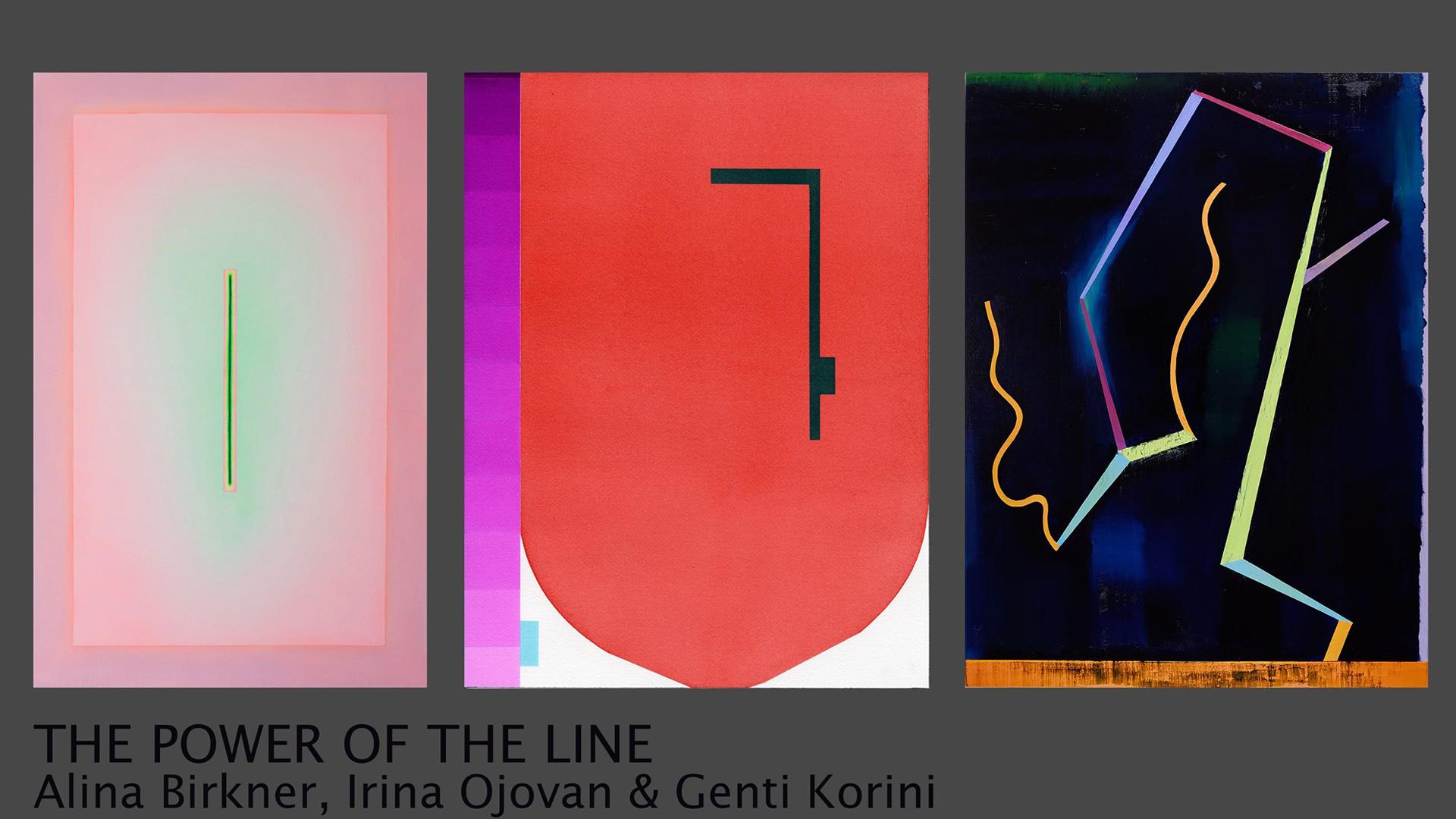 Jecza Gallery has the great pleasure of inviting you to the opening of the exhibition “The Power Of The Line”, curated by Andrei Jecza, bringing together three international contemporary visual artists – Alina Birkner, Irina Ojovan and Genti Korini – in a curatorial concept tailored to poetic memoir.

”The Power Of The Line” emerges from the poetic dimension of geometry, transcending the appearance of rigidity, derived from its rational and exact character. The works resists the logic of effective meaning production and the functional exchange of signs. They escape the abstraction of algorithms and the rules of pragmatics, by playing to the aesthetic dimension of language, reaching beyond its merely communicative function. The “Power of the Line” takes us away from the limits of perceptible knowledge, reminding us that in the ecstasy of poetic experience there is the ultimate state of contemplative happiness. Poetry has never had the purpose of educating moral conscience or to work on factual data. Poetry tears apart the veil of reality, transcending the physical realm. It is the ultimate fervor, a taste of the Divine.

Alina Maria Birkner elevates the part played by the viewer – that of a mere spectator – to that of an exponent of her work, morphing them with the color and the shapes. The viewer is catapulted into a playful and deceiving dimension. Birkner is fascinated by the exploration of human perception. She experiments with optical illusions, unclear tones, blurs and luminous gradients. Her view on painting is that of an ultimate artistic expression, whose devastating and ephemeral sensuality is immense. Painting becomes a meditation on the world, on the divine, on purpose itself. Her works capture an invisible reality, a projection of ecstasy, often taking an erotic turn. Cosmic energy, a universal force, is the recurring motif of Alina Birkner’s work. “Eroticism is energy, a consuming, powerful and mysterious energy,” the artist says.

Irina Ojovan is mainly interested in the non-verbal and non-information side of life. Her works investigate and translate this into painting, installation and sculpture, trying to make visible the tension between noise & quietness, attraction & repulsion, or verbal and non-verbal realm. The resulting works are manifestations of ideas, she is not interested in any figurative connections. Ojvan tries to involve a lot of her subconscious archive that has a close connection to her memories: memories that with time become pure synthesis. While the subject matter is important, the true subject for her is always: space, form, structure, and balance. The works that link the relationship of time to space and light, and challenge the viewer to reconcile the eye and the mind.

Genti Korini continues to ‘explore the manner in which forms are created and how their cultural backgrounds and social contexts shape them. Korini’s canvasses are bold geometric explorations of shape, line, and colour. Evoking turn-of-the-century art movements such as Constructivism, Modernism and Suprematism, Genti’s works may remind the viewer of imagined eastern bloc architecture; these are monolithic structures comprised of impossible shapes and geometric forms that mirror early 20th century utopian ideals. He takes these former authoritarian designs of society and its aesthetics and translates them into a democratic vernacular language. Many of the structures that Korini depicts seem impossible to recreate on all but the two-dimensional plane. Unlike some of the Modernist works that inspire him, Korini imbues his paintings with a unique sense of forceful dynamism and divergent dimensionality through his use of colour.