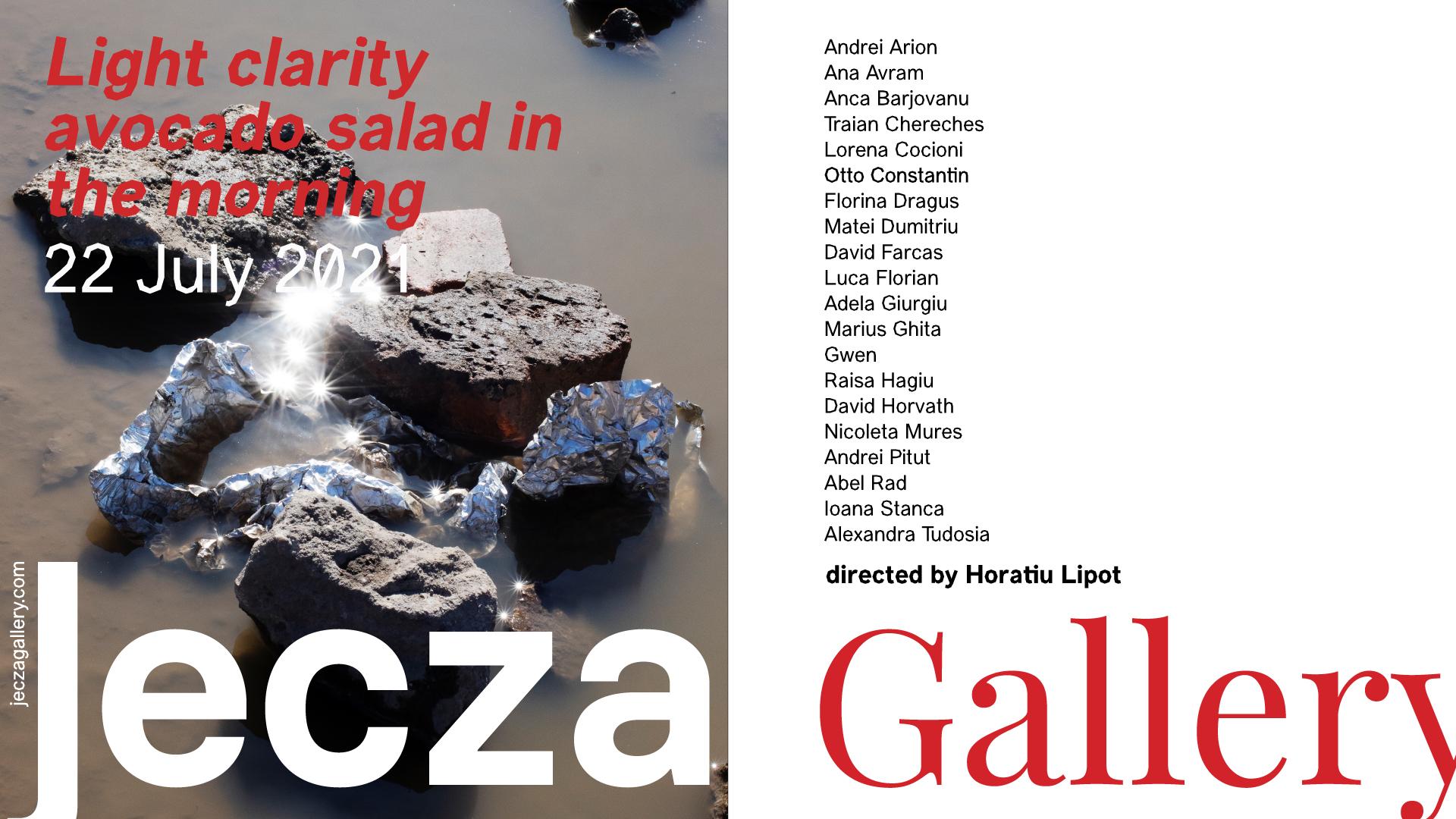 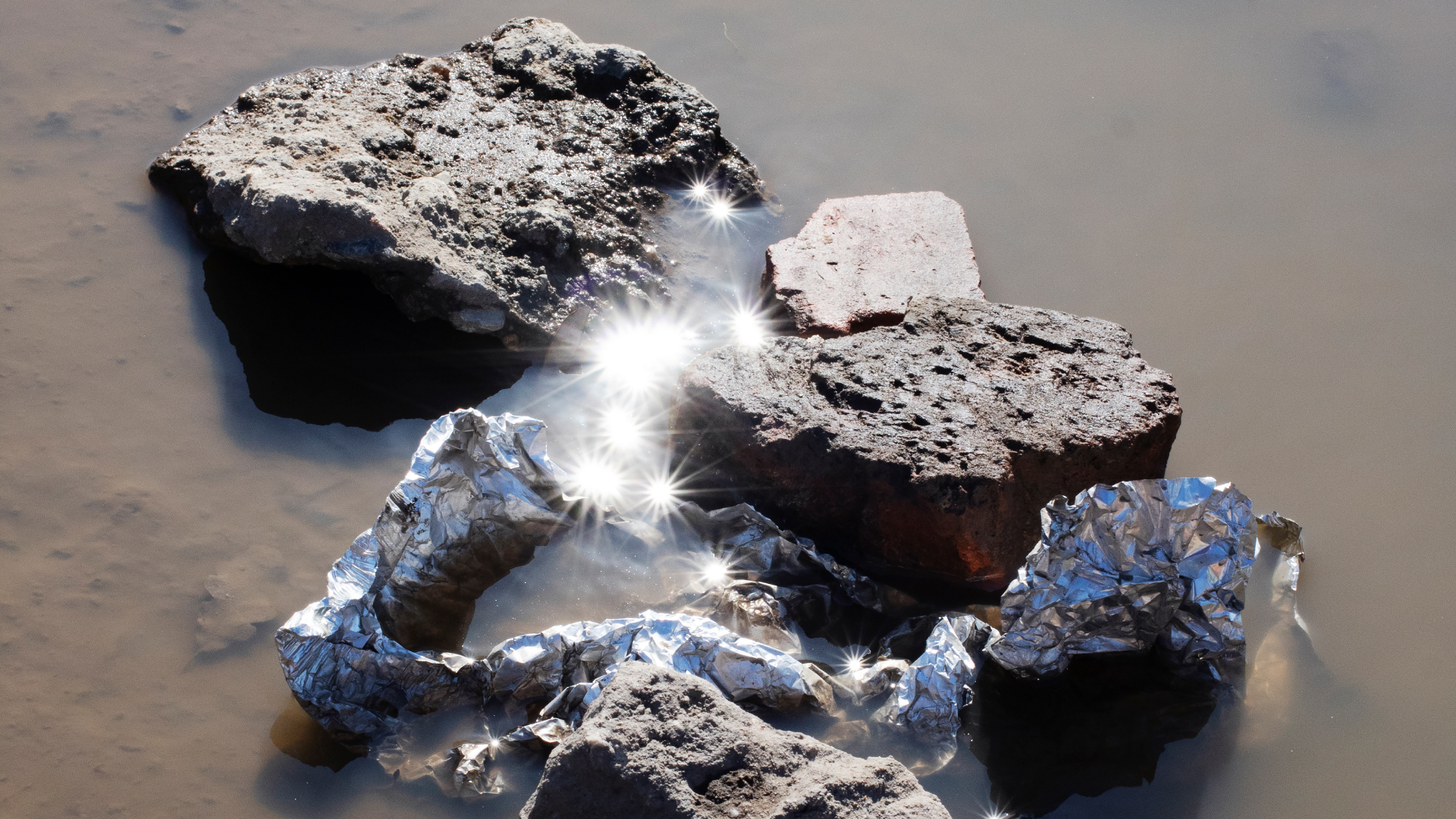 Our first summer show at the gallery is directed by Horațiu Lipot, with a selection of 20 emerging artists that he feels best represent our times.

”Frank O’Hara, from whose verse the exhibition bears the title, used to say that a poem has to be like a telephone conversation between two good friends. In the artistic field built on the premises of an intersubjective reality, the conversation through the object as a process of communicating inaccuracies or solutions in the economic and political order or for the inherent system itself, are starting to outline the margins of a territory that now more than ever seems to work in advancing solutions for social or environmental problems. Through this sometimes participatory, sometimes intimate territory, possibilities can be advanced for the contemporary society caught in the forces of the accelerated technological changes, seen in the World as it “does not yet appear”, but soon “will appear”. At times like the present, when we are threatened by a return to totalitarianism, climate changes, and increasing economic disparity, given the new ways of seeing the world, from selfies to drone vision, we see a new dawn in which the art system urges participatory activism.
What we observe on the path to this ideal institutional framework is the need to question the materiality of the artistic artifact, a central element so far in the art history field. By the settlement of postmodernist practices in most areas of cultural life, especially in the audio-visual, whether we are talking about post-internet art or post-whatever, it seems that we found ourselves in coordinates placed at a point where paraphrasing Nicholas Mirzoeff, post- should not be understood as “the successor of”, rather than “the crisis of”. It is in fact a crisis of the object, which is understood by its materialism as the last frontier in the face of the imminent immaterial technology. A thinner shell by each day, that in turn as in the case of molecules and later of the cell as seen in biogenesis, can support autonomous systems precisely by the enclosure of the shell itself, delimiting one system from the general context, or it can coagulate advanced organisms by aligning symbiotic interfaces of these micro-systems in what we could define as the critical zone from Latour’s concept. Probably, thus, the necessary step is the contextualization of subjectivity, consciousness, and ethics, as it appears from the material processes.
Emphasizing that in most areas of industry the transition from the production line to automation is in the full process, or that in other areas such as public services it is almost complete, the transgression of the object in visual arts seems a naturally articulated reality or an entropic domino effect. In this context, the exhibition -Light clarity avocado salad in the morning- aims to represent a double state as in a quantum superposition, towards what it means to overcome the object.
We observe, on one hand, the treatment of the artistic artifact as a perishable object through interventionist or performative practices, where it is often composed of the usual objects, or treated with deliberate, playful, or violent negligence, an object often at the intermedia boundary and which seems to reimagine today’s hyper-urbanized ecosystem through an imaginary punctuated by an arsenal of claustrophobic anxieties. A shaky fortress of medieval beliefs lightened by techno-digital magic realism. These instances have been intensely promoted in the last 5 years by some of the most visible online platforms dedicated to contemporary arts, such as Tzvetnik or O Fluxo. Either on the opposite side, we can observe a second instance in realizing the artistic object as much as possible technically and aesthetically perfect, sometimes mechanical or with the help of a printer and 3D modeling technologies, striving for objective perfection and the no gesture touch of an object from the consumerist design. These practices are approached both in the major genres (where we observe an awareness for the continuity of a tradition at its mannerism) and in what until recently was seen as secondary mediums -embroidery or ceramic works that come in attention in the global context democratizing the mediums, coined recently under the term of Craft Painting. Kind of an acheiropoieton of hypermodernity. These practices, compared to the aforementioned framework, are today promoted mainly in the environment of “blue chip” type galleries, or biennials and art fairs.
We, therefore, aim to achieve an optimal balance between the mentioned artistic processes, as close as possible to what in information theories is called the edge of chaos, a concept that defines a space of transition between order and disorder and which is supposed to exist in most systems, from neural networks to interplanetary systems – a hypothetical region between order and complete randomness, where the complexity is maximum and the functioning of any system optimal.

The significance of the material choices can seem exaggerated nowadays in the hyperconnectivity age, as we become more and more accustomed to interacting naturally in intangible digital realms. Today, art seems to offer an imaginary and much-needed anchor – a practice of the proliferation and manifestation of the human touch, observed either by accentuating the action or by contrast, in the lack of gesture.” – Horațiu Lipot