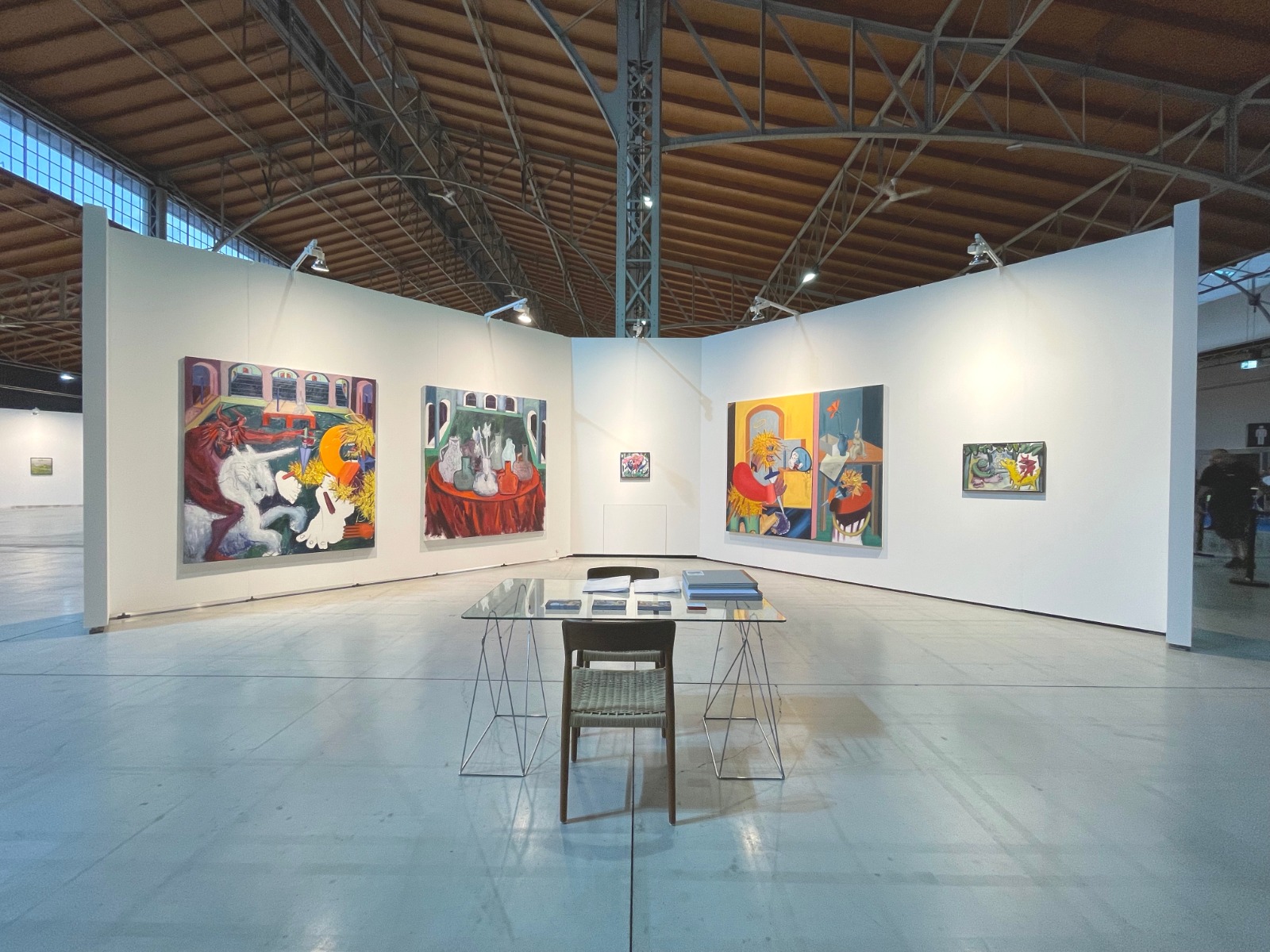 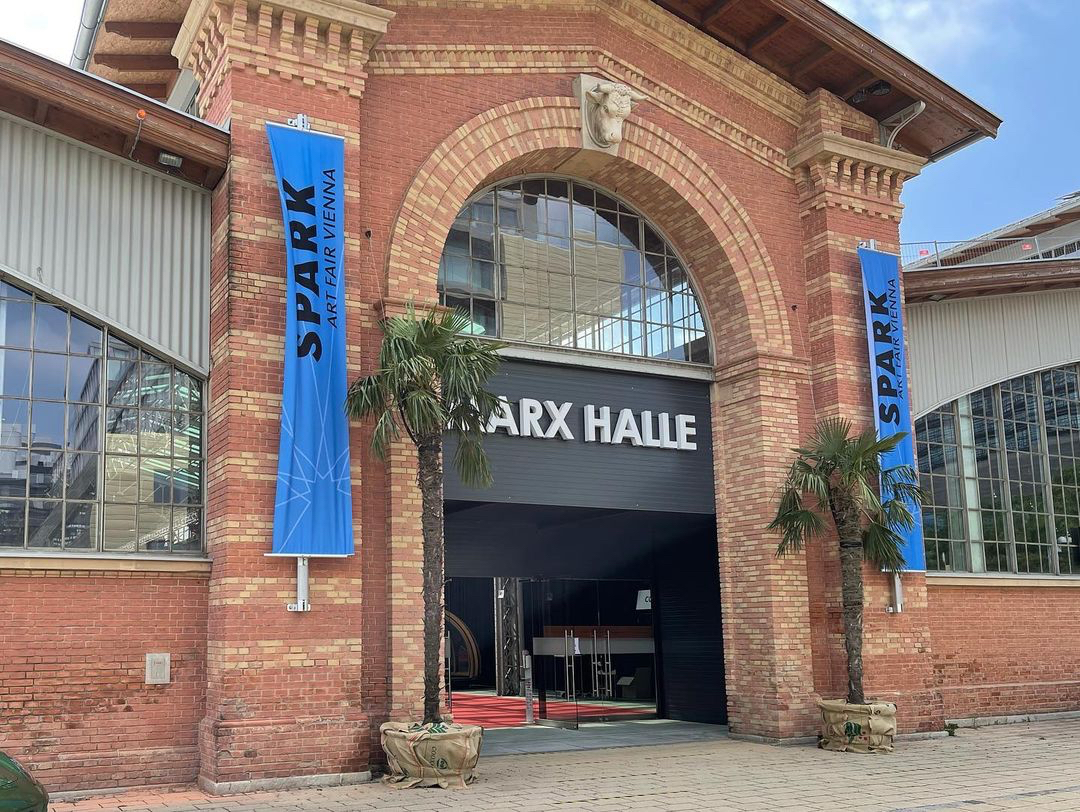 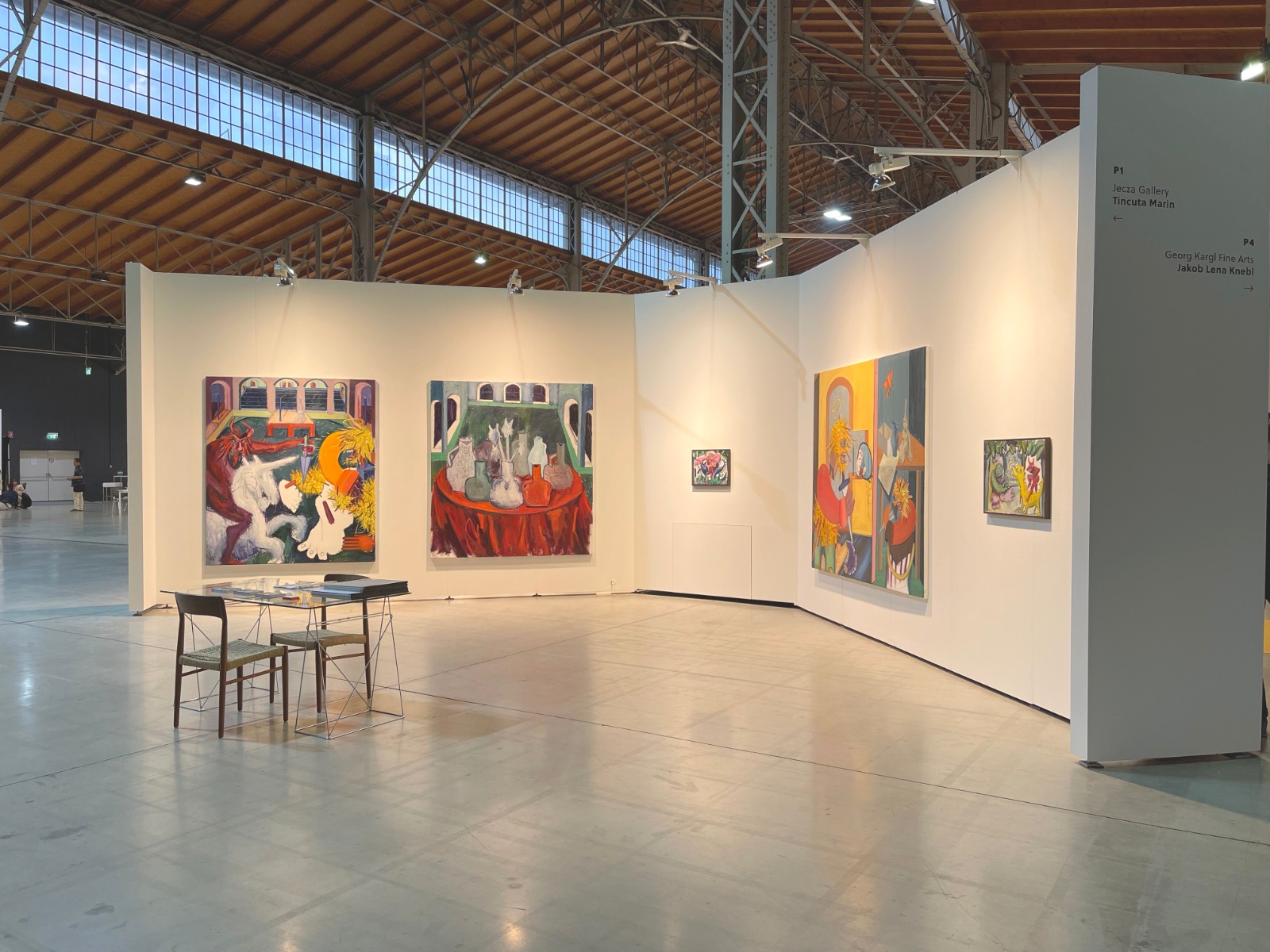 Presenting a dialogue of two artists, from two different countries, with two different artistic interests and approaches to contemporary art, is in a sense an experiment related to jazz, a sort of visual jam session that has the imminent power of countertime to underline a universal approach of the “truth” and reality. Starting from the premise of countertime as introduced by the fair’s artistic director, having artists at the core of changing the trajectory of reality, disrupting paradigms and opening up unpredictable interpretations and perspectives, we invited Genti Korini and Ioana Stanca to tune a strong accent on one of the normally unaccented beats, using the literal definition of backbeats, in relation to recent history and global events and create a joint presentation for Artissima 2021. If there is one lesson the Corona Virus thought in the past year, is that art in particular visual art has the ability to reinvent life from the ground up.

Existing in an accelerated in between, Genti Korini’s new works speak to the unresolvable tension of life as impossibly extended, embodied at its limits, strung out on the materiality of the surface. His new series of paintings, sculptures, drawings and photographs are best defined by a sort of turbo-folk capitalism, which takes shape in augmented forms —hybrids of traditional craft and synthetic drip. His work is a perfect example of countertime, as he has always been interested by the hyrid-state which best describes his homeland Albania. Korini’s theory, developed over the years in relation to architecture, deemed by him, an object of study and great source of inspiration, has roots in the history of his country of origin, Albania, and takes shape as a kind of symptomatology for his ideology’s rapid evolution. The language of modernist abstraction becomes the center of his artistic practice and is often used to comment on ideological contexts, sourced from all the forms that Korini constantly explores and manipulates. Consequently, the viewer’s gaze is forced to explore the migration and reconfiguration of decontextualized forms, as symptoms of social transformations and certain ideologies, although in different ways. The struggle to claim autonomy for the articulation of one’s own space is perhaps the most significant trait of his recent works, situated at half-distance between formalism and social commentary, without belonging to a predefined artistic category. Genti Korini studied painting at the University of Art in Cluj-Napoca, Romania and Tirana Albania.

On the other hand Ioana Stanca’s recent large scale installations, performances and small scale embroideries points out exactly this contrast of worlds by highlighting unexpected details of recycling and the consumerist society. Her research in textures and tactility determined Ioana to expand her attention towards other media besides painting and to focus on different techniques of working with textiles, explored in a self–taught manner. With this mindset, the sewing machine becomes an extension of the artist’s will. Now, an infinity of associations can be made, the automatism of the machine becomes an exploration tool and it can be used to create even embroideries, following techniques that Ioana developed herself. Her recent performative installations consist in large scale objects made of iron chains resembling a spider web or a hyper zoomed piece of fabric, populated by soft sculptures evoking various sewing tools and studio pieces in different shapes and dimensions that are activated by performers; this explores the possibilities that can arise between the human body on the one side and the fabric as a border between our body and the world that can both hide or reveal one’s feelings.

Ioana Stanca’s imagery follows a particular, intimate way of relating to the space of the studio with its variety of associations, textures, and situations. Images of anthropomorphic scissors, female bodies, or spools are recurrent in her work, questioning sexuality and oneness. Her most recent works aim at recycling and including recycled textiles in the production process, problematizing the enormous amount of waste resulting from the textile industry. In continuation of this approach, Ioana held in February 2020, a workshop – Manifesto et couture (can your old T-Shirt be part of a protest?) At the Ecole Superieure d’Art de Bretagne Site de Brest, where -there were used only recyclable textiles. Ioana Stanca (n. 1987, RO) studied painting at Accademia di Belle Arti di Roma, Italy and the National University of Arts Bucharest.