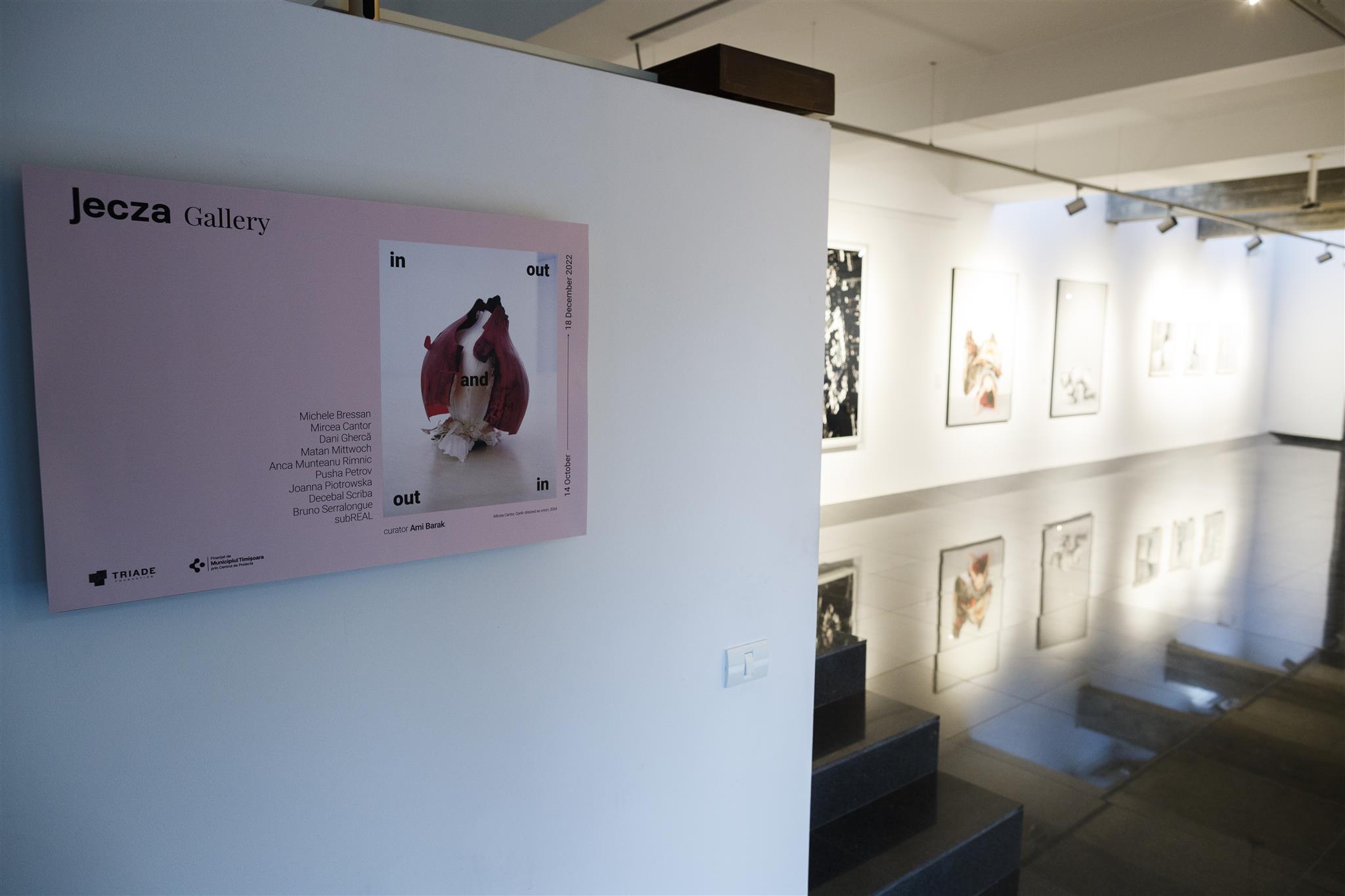 In and Out, Out and In – opened at Jecza Gallery on October 14

Jecza Gallery brings to the public a new exhibition concept having photography as a medium of artistic expression at its core: In and Out, Out and In. The exhibition opened on Friday, 14 October and will be open until 18 December. The public is invited to take part to the opening on Friday from 7pm.

Curator Ami Barak explains the title of the exhibition In and Out, Out and In by referring to one of Lawrence Wiener’s major works which begins as follows. The statement, as supported by the artist, makes it possible to interpret the meaning of the words to give the work another form. In this way, the artist speaks of “taking control” of the work. Every place has an outside and an inside, and the same is true of a work of art, especially a photographic work.

The image is at the heart of the artists’ reflections in In and Out, Out and In. The exhibition aims to combine the double and reversible states of each artist’s projects, establishing games of tension and oscillations between real and fictional, collective and intimate, exterior and interior, both in time and space.

Michele Bressan (b. 1980) is an Italian-born artist who has been living and working in Bucharest since 1991. His works document aspects of post-communist Romanian reality, using photography as a medium. The artist portrays representative situations, sometimes intimate, that function as a subjective visual diary.

Mircea Cantor (b. 1977) is a Romanian-born artist who has always considered himself a citizen of the world. His photographic work highlights the flaws and dysfunctions of the human being through the prism of our contemporary society. Poetic and allegorical, his entire oeuvre is characterised by this ability to tackle tough and complex subjects, but always in an aesthetic suspended between reality and fantasy.

Dani Ghercă (b. 1988) is an artist who belongs to the emerging generation of Romanian visual artists. His large-scale photographs reflect the current societal transition. In Ghercă’s cityscapes, at a time when life is changing faster than we can comprehend due to technological disruption, the city is no longer represented by architecture or people, but is reduced to an endless stream of big-data.

Matan Mittwoch (b. 1982) lives and works in Tel Aviv. He is working on invisible devices that allow us to observe the “behaviour” of a touch screen and thus control the process of creating an image, from genesis to duplication. The artist focuses on the failure to enforce restrictions in times of rapidly changing technological platforms.

Pusha Petrov (b. 1984) lives and works between Timișoara and Istanbul. She uses the photographic image wisely, skilfully observing the intimacy of people and highlighting the details of their everyday existence. By photographing objects or spaces, she symbolically shows people’s ordinary context, offering a sociological and aesthetic reading of lifestyles.

Joanna Piotrowska (b. 1985) lives and works between London and Warsaw. Her practice focuses on family structures and their relationship to politics, economics, social and cultural life. Piotrowska shows the anxiety and psychological tension of the domestic space as a document of a performance rather than a documentary image.

Anca Munteanu Rimnic (b. 1974) lives and works in Berlin, Germany, and investigates the fluid entity that is identity. She doesn’t just look for traces, but rather develops new ideas that accumulate uncanniness and strangeness… In immediate, everyday forms and situations she finds allegorical or visual references and develops them further (Gerganga Todorova).

Decebal Scriba (b. 1944), arrived in France in 1991 and lives and works in Fontainebleau-Avon. In the 1970s and 1980s, Decebal Scriba became a leading figure in contemporary art. His productions are now considered representative of the post-war Romanian avant-garde. Thanks to a coherent body of work, the artist tackles conceptual and performative art at the same time, issues of formal and textual language, spatial representation and the symbolism of gestures and forms.

Bruno Serralongue (b. 1968) lives and works in Paris. Since the early 1990s, he has developed a body of work that questions and reveals the conditions of production, distribution and circulation of the media image. Although not a photojournalist in the strict sense of the term – Bruno Serralongue photographs current events and major events, favouring collective and long-term movements.

Founded in 1990, subREAL (Călin Dan and Iosif Kiraly) is known for its post-conceptual attitudes, as well as its ironic and self-ironic discourses. subREAL was the first collective to introduce a modus operandi that challenged the viewer’s awareness. Their historical reflection explored the indigenous artistic and institutional context.

The exhibition In and out, Out and In is an event within the cultural project In/Out, organised by Interart Triade Foundation, co-organized by Jecza Gallery and financed by the Municipality of Timișoara, through the Project Centre.